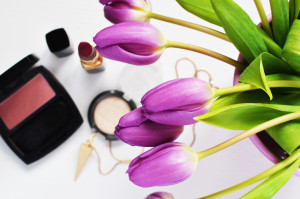 When I have a positively memorable experience as a customer, I like to reflect on the reasons why. For example, last week I visited a make up counter.  In terms of concealer, I am a typical Touche Eclat girl. The artist at this make up counter explained that using a concealer with an orange tone can be good to combat the typical blue / green tint of under eye circles. She explained that another lighter coloured concealer can be used on top to reflect the light.  I tried this method for myself at home the next day and found that it certainly did work. My skin went from looking dull and tired to appearing radiant and glowing = a happy customer!  Another thing that the artist told me was that I suited strong eyeliner as I have big eyes.  It is always nice to receive advice / a compliment that I know is personalised to me.  I could tell that the artist enjoyed putting the eyeliner on me as she was able to use her skills to produce a striking effect. I left the counter that day feeling good! 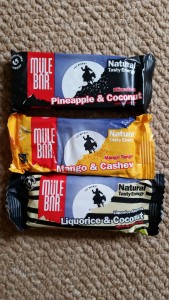 This week I visited some cycling stores.  In one store, I decided to purchase a ‘Liquorice Allsports’ Mule Bar.  This contained Liquorice and Coconut plus fennel seed. I took it to the till point, where I was served by a very cheerful and friendly assistant.  He asked me whether I had tried this bar before.  I told him that I hadn’t and that I liked unusual flavours.  He laughed and said that it was certainly an unusual flavour.  He said that when I return to the store to buy another bar he will be keen to hear what I thought of it.  What a fantastic way to invite a customer back to the store!  I don’t have plans to return, but I actually wish that I did as I would have liked the chance to tell the staff member what I thought of it. Have you got any examples of being invited back somewhere as a customer? I’d love to hear your experiences in the comment field below. 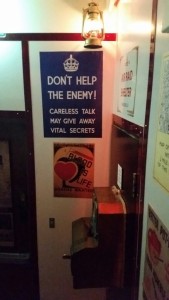 This evening I visited Cahoots in Kingly Court, near Oxford Circus.  I was intrigued to visit this venue as I had heard that it had a London Underground theme. The website states that “Rumours say it is in the disused Kingly Court Underground Station”.  I’m not sure whether or not this is true.  This venue exceeded my expectations.  Cahoots have not missed a trick.  The decor, menus, sound effects, staff and uniforms have all been carefully thought out to fit the ‘Blitz spirit’.  A friend who was with us actually works on the underground and she was impressed that the signalling light on the wall was exactly like those that appear on the tracks today.  The staff put on accents and acted out their roles within the underground theme. 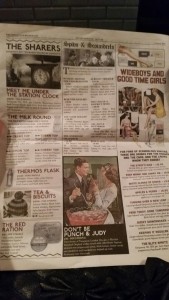 The food and drink menus were probably the most creative and unique that I have ever seen.  They were in the format of an old newspaper, costing the grand sum of 1p!  Is that how much newspapers cost in those days? We ordered “Tea & Biscuits”.  This was in fact a cocktail containing ingredients such as whiskey, Jagermeister and pear cider.  It was, however, served from a vintage tea pot and poured into small tea cups. Apparently it could be served hot or cold??  We also ordered “Bangers & Roasties” from the ‘Ration Card’.  This was served in a metal tray, which I can only describe as the sort of thing you might eat out of when on a camping trip.   In terms of the staff, they all appeared to take pride in working at Cahoots. 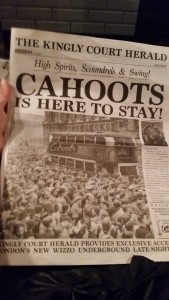 They gave us their recommendations from the menu in an enthusiastic manner.  There was one staff member who stood out in particular.  She noticed that we had an American flag and she asked us about this.  We told her that our friend was moving to the USA and she then made some friendly conversation about this.  The staff member seemed genuinely interested and excited to talk about the USA and where she was from.  This left us feeling as though we were very welcome. Consequently I felt encouraged to return to Cahoots in the future! I would recommend a visit to Cahoots even if just for the experience.  Booking in advance is advised! See you next Monday for another post. 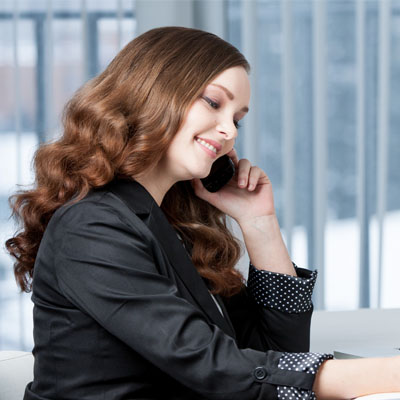 Recently I contacted a law firm to see if they could assist me with preparing some contracts.  I got through to the receptionist after the phone had been ringing for over a minute.  The receptionist said she would put me through to the person who could help me.  The person who answered the call said her name was “Sarah”.  Sarah did not sound very confident that she could assist with my enquiry.  What I found most concerning was that Sarah did not state her role or which department she worked in.  Therefore I had no idea of her expertise or qualifications or why she had been chosen as the person to assist me.  I think it is of high importance that the staff tell potential clients what their position is.  This would have set my expectations and left me feeling a lot more reassured.  I could have then either asked Sarah if I could to speak to a colleague with a higher level of expertise or I could have asked her the reasons for her hesitancy.  As it stood, I felt it would have been impolite to ask her position.  I did not feel confident in the company and so I decided not to proceed with their service.  I had the same issue when purchasing a property.  It was only right at the end of the process that I discovered that my solicitor was a trainee.  Had I known this from the start, I would have felt more grateful for the effort that he was making.  As it was, I had a perception that he was not taking my case as seriously as I would have expected from someone who had a higher level of experience.  The conclusion that I draw from this is that in potentially stressful situations it is important that clients understand the position and skills of the person with whom they are dealing.  This sets expectations from the start. Have you been in a similar situation?  Interested to hear your stories and comments below. 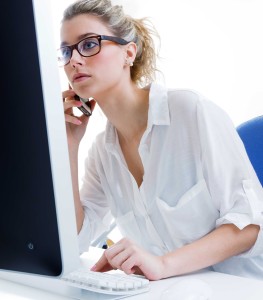 This weekend I have been busy setting up the Experience Boutique website.  I had to send a support ticket to my web hosting provider because I had tested the contact form on the ‘Contact’ page and the messages were not reaching me.  I received a prompt response to my support request within an hour.  The request was handled by Brett.  I remembered Brett as he had handled a previous support request that I had submitted.  Knowing who I was dealing with made me feel as though I could trust him and the experience felt more personal. Brett said that he was “happy” to be assisting me.  This made me feel very important and appreciated!  He explained exactly what he had needed to adjust in order to solve my issue.  He made sure that I was happy with the result before he closed the support ticket.  I feel reassured that I can speak to Brett in future if any other issues arise.  Thank you Brett!

As an afternote, Brett sent me a further message following the resolution of my issue.  He requested that I complete a survey regarding the assistance that he had provided.  Personally I felt put out by this.  I couldn’t help but be left feeling as though he had only been courteous to me in order to gain good results on the survey.  While it is clearly important to find a way of gaining feedback from our clients, perhaps there is a better way of going about this.  I’m interested to hear your thoughts!

Thank you for joining us on the Experience Boutique journey.