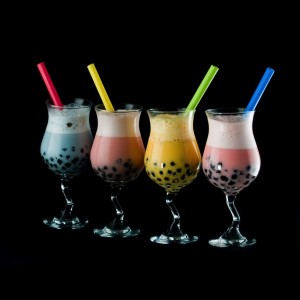 This week I was struck by how much good customer service can add to the perceived value of a company’s products. I have now visited three different branches of a bubble tea company.  After visiting the first two outlets, I had been left feeling rather underwhelmed and uninspired.  I thought that the bubble teas were over priced for what seemed like some juice mixed with a few chewy sweets.

However I received a completely different impression after visiting the third branch.  The staff member who served me at the counter explained that I could mix up to three flavours into the same drink at no extra charge.  He also mentioned that the added sweets released a burst of flavour into the drinks.  He gave me the options of choosing whether I wanted ice in the drink and whether I wanted it hot or cold.  He also explained that the sweetness of the drinks could be altered.  He made some inspiring suggestions of which flavours would work well together. 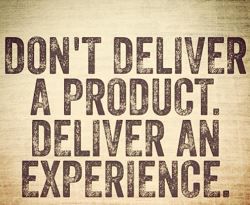 Now all of a sudden I was being presented with a product that I could not easily produce myself or purchase elsewhere.  The whole experience was quite fun as well.  I told the staff member that I wanted to combine coconut milk tea with kumquat and ginger fruit teas.  He pulled a face and explained that the kumquat was quite sour and then ginger was a strong taste.  I modified the ginger to raspberry.  The staff who produced the drink seemed excited that they were able to produce a combination of flavours that they had not made before.

This phenomenon is an example of the “IKEA Effect” in selling.  Studies have shown that people value things they had a hand in creating more than similar, or even superior, products created by others. Therefore it helps if you get your prospects involved in customising your product or service.  The more they feel like the offering is “theirs,” the more positively they will feel towards it.