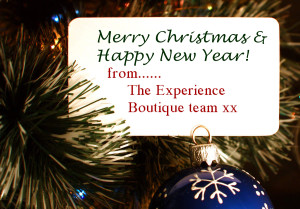 A few weeks ago I received an invitation to an event at a jewellery store. I sent several emails back and forth to someone called Elizabeth in order to book my place.  The confirmation email that I received was signed off, “Thanks, *store name*”.  My gut feeling when I received this email was one of disappointment.  The message that my subconscious picked up from this email was that I was not important enough to be addressed by an actual human being.  Even though it was a polite reply, the email was incredibly impersonal. It was as though the person writing the email was putting a barrier between herself and me by omitting to sign off with her own name.  I felt as though she wanted to avoid building a relationship with me and I was left with the nagging doubt over whether I was really going to be welcome at the event.

Since this happened, I have noticed this phenomenon everywhere.  I was in a bar for someone’s birthday.  The staff at the bar had left a birthday card on the table.  It was signed off with, “The *bar name* team.” To me, this seems highly impersonal and shows a lack of care for the customer whose birthday it was.  I think it would have made it a lot more special if they had signed it off with at least a few of the staff member’s names. It would have then read as follows: “Dear Mark, Happy Birthday, from John, Sarah, Ann, James and the rest of the *bar name* team.”

Often I see someone sign off as “so & so team,” and I know the “team” is just them.  Why don’t they just write their name? At least then it would create some sort of personal connection.

Have you experienced this?  Let me know what you think below.

1 thought on “Your Personal Invitation”